Posted on September 1, 2019 by zanyzigzag

Winter in Newfoundland lasts for a loooooong time. The leaves start falling in autumn and don’t grow back on some trees until June. That’s a long time with no grass or leaves, only the dark, sombre evergreen of coniferous trees.

Since it is now, somehow, September, I decided to take some time today to go on a short walk and fully appreciate the greenness all around me. I am still consistently astonished by the amount and variety of wildlife present even in relatively urban spaces. Last week, late in the evening when it was already dark, we happened to notice several spindly spiders lurking among the grass at the edge of our lawn, presumably out hunting for prey. It was fascinating to see them and realize they were almost certainly out there every night and up until that point, we had had no knowledge of their presence whatsoever. We all know that rainforests and oceans are crammed with a vast range of weird and wonderful wildlife. But our own gardens and local ponds are full of fascinating creatures, quietly getting on with their business, relatively unnoticed and unappreciated. And it’s not surprising that we are mostly unaware of them. How many of us have the time to make a habit of sitting and observing things, even if those things are (literally) right outside our front doorstep? My own forty-five minute walk this morning felt like a little luxury – time stolen from other, more pressing, commitments like studying and housework.

The day was beautiful, hot and sunny, with a blue sky full of tattered, cotton-wool clouds. I walked for about 5-10 minutes and ended up sitting on a bench in the warm sunshine, peering over the back of it into the tangled undergrowth behind it to see what, if anything, was there.

I spotted a brown spider with its delicate long legs spread out, carefully poised on a leaf. Presumably it was waiting for some hapless insect to land close enough to be caught. There were plenty of potential candidates – flies burnished a bright metallic green, huge furry bumblebees, and the odd butterfly blowing past in the breeze, like random scraps of coloured paper. I watched this spider for a good while, marvelling at its utter stillness – even when the breeze rattled the leaves pretty fiercely, it somehow clung on and remained in its position. Then I suddenly noticed something moving a few inches above the spider and realised there was a web hanging a few inches above it, with a chunky yellow-and-grey striped spider in the middle. Once it stopped moving, the spider resembled some dried-up greenery, which explained how I had initially completely failed to see it.  Seeing the two hunters patiently lying in wait added an extra layer of interest to watching the many insects buzzing and crawling about among the plants, wondering which of them, if any, might get eaten by these predators.

I could have watched them for much longer, but eventually had to go home, as I had no sunscreen on and was at serious risk of sunburn. I returned in the evening, to take some photos, as I had not had my phone with me the first time. To my surprise, the spider in the web appeared to have vanished, whereas the brown spider was still waiting among the leaves. I spotted a solitary moth, its wings whirring into a blur as it flitted around, too swift (and erratic) to capture in a photo. There were also numerous snails aestivating in the trees and bushes, waiting for the rain to return. As soon as I spotted one snail, I began seeing them everywhere. My particular favourite was the snail that had managed to fit onto a leaf just slightly bigger than its shell (second pic from left), as if to ensure that no other snails would encroach on its personal space.

There are plenty of other things that I could (should?) have been doing today instead of spider-watching, but I also know, based on previous experience, that the memory of today’s bit of nature-watching will remain with and sustain me for a long time. I would encourage anyone reading this who does not already do so, to consider taking some time out of your day to sit and observe some local wildlife, no matter how small or trivial it might seem. There’s almost always something new and interesting to discover. 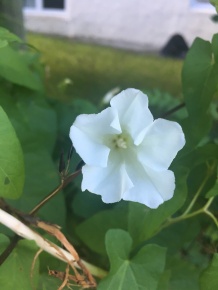 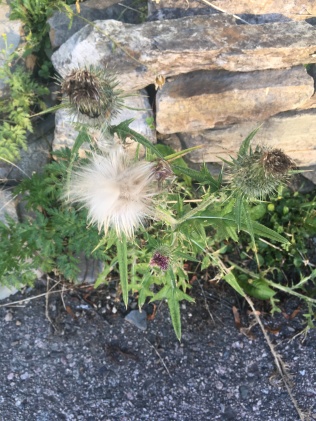