I haven’t written a blogpost since February. So much for my New Year’s Resolution of writing one every month! I am going to attempt to salvage something from the wreckage by doing at least a couple of posts before the year is out.

This one is about the Propaganda exhibition currently on display at the British Library. I found it fascinating, disturbing and thought-provoking – and if you are in London tomorrow with nothing better to do (it finishes on 17th September), I would definitely recommend you try and see it. The exhibition began by showing the origins of propaganda and then four main themes were explored – Nation, Enemy, War and Health, followed by a section highlighting the use of propaganda in today’s society.

The term ‘propaganda’ (meaning “the organised dissemination of information, allegations,  etc, to assist or damage the cause of a government, movement”) originates from the word ‘propagate’, which was first used by the Catholic Church in the 17th century to describe “spreading the faith” and the various methods used for doing so. But propaganda, or the art of promoting a particular cause or organisation, has been practised since ancient times – for example, decorating coins with a picture of the current head of state is an excellent way of presenting people with an idealised image of their leader in a format that will be seen and used by everyone on an almost daily basis. 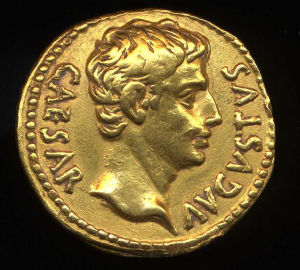 Another, slightly less subtle, way of ensuring that people a) are reminded that you are in charge and b) don’t forget you when you are gone, is to build vast monuments highlighting your military successes or just general awesomeness. The Ancient Egyptians, for example, clearly took propaganda VERY seriously – in particular, Ramses II, who not only erected more monuments of self-celebration than any other pharaoh but also deliberately changed or erased numerous edifices belonging to previous pharaohs!

The next section of the exhibition incorporated propaganda designed to bolster military campaigns, such as an impressive painting of Napoleon surrounded by various symbols of power, which was completed only a year before he was defeated – at which point the painting was simply returned to the artist, who was sadly not even paid for his work! The best (or worst, depending on how you look at it) example of military propaganda was a board game called Pretoria which was designed to boost popularity for the British cause during the Boer War (if my memory serves me correctly). The board was a map of the area surrounding Pretoria and players had to race to be the first to reach the city. On the way, they could either win or lose counters depending on what squares they landed on. The instructions actually suggested that when a player gained some counters due to landing on a ‘victory’ square (denoting that the British Army had won a battle), they should sing “God Save the Queen”, an idea which I personally found rather revolting!

The next section was Enemy, which depicted propaganda used by governments to demonise other countries, or even a particular section of the population within their own countries. The most infamous example of this is, of course, the anti-Semitic propaganda produced by the Nazis. Joseph Goebbels was a master of propaganda and was fully aware of both its power and possibilities. He ordered the distribution of cheap radio speakers known as Volksempfänger (‘people’s receiver’), so that almost every household in the country would be able to afford one – thus ensuring that the Nazi message would be heard by everyone. At the start of WWII, the Nazis made it a criminal offence to listen to foreign radio stations, although in spite of this edict, many Germans continued to do so.

I was interested (and slightly shocked) to learn that the anti-Semitism promoted by the Nazis was not actually initiated by them – they were building on existing prejudices within society and taking it much further, which is what all such propagandists must do in order to be truly successful. This section also contained a horrifying short film produced by the Nazi regime describing in detail how “the Jew” acted as a parasite on society. This is undoubtedly the darkest area of propaganda – in particular because I could not help being reminded of the Russian government’s crackdown on LGBT “propaganda” and the way that their new laws are also building on existing beliefs – see this link for more information about that situation – http://www.dailykos.com/story/2013/08/12/1228471/-Understanding-Russia-s-homophobia.

I was also intrigued to learn that it was not just the Nazis who produced impressively successful propaganda – during WWI the British government produced an enormous amount of anti-German atrocity stories (the most striking one claiming that the Germans were converting the bodies of their dead soldiers into glues and lubricants in so-called “corpse factories”) and many of these were later shown to be either exaggerated or completely made-up. This caused people to be suspicious when stories of concentration camps began to leak out during WWII. It is deeply sobering to note that the success of the British propaganda machine in WWI may in fact have had a detrimental effect on people’s willingness to believe in the horrors perpetrated by the Nazi regime.

The next section of the exhibition covered propaganda used during wartime, either to boost morale at home or reduce morale among the enemy population. During both World Wars there were several very famous poster campaigns intended to increase support for troops and promote a sense of unity and patriotism, for example, this well-known US Army recruitment poster:

Other wartime posters encouraged people to buy war bonds or warned against the dangers of idle chatter when German spies could be listening in – “Careless talk costs lives”. Both Germany and Britain dropped propaganda leaflets in enemy territory in an attempt to convince those on the opposing side to give in and surrender, or at least damage their morale. In order to prevent British people reading the leaflets dropped by German planes, the British government sent out a warning that the Germans had put poison in the packages they released which would affect anyone who tried to open them!

The following section of the exhibition showed what might be seen as the more positive side of propaganda – public health campaigns. These ranged from the “Coughs and sneezes spread diseases” adverts to the HIV/AIDS warnings issued in the 1980s (?) and also included the recent “Change 4 Life” campaign which aims to encourage a healthier and more active lifestyle. Of course, for those who are not happy with this level of governmental interference in the lives of ordinary people, this type of propaganda is merely an extension of the “nanny state”, but in a situation like the recent AIDS crisis where there was a lot of ignorance surrounding the spread of the disease and methods of contamination, an awareness campaign went a long way towards educating people about the disease, although the disturbing nature of the adverts probably did not do much to reduce people’s fears!

The final part of the exhibition addressed the use of propaganda in today’s society and the impact of social media. I think the exhibition organisers may have been trying to make the point that in some ways the widespread use of social media means that propaganda is easier to disseminate, but in other ways, the transient nature of cyber-information (witness the meteoric rise and fall of viral videos on YouTube) means that any message may not have a particularly long-lasting effect. I didn’t feel that this section was as well integrated as the others, perhaps because it was aiming to reflect the current situation in our society, and there is no period of history more distant (and thus harder to observe) than the recent past.

Having seen some of the uses to which propaganda had been put over the last few centuries or so, it was not particularly surprising that to learn the word ‘propaganda’ was itself the subject of an exercise in spin, by the modern master of spin himself, Edward Bernays. He recognised that recent events during the 20th century (particularly WWII) had resulted in an antipathy towards propaganda in general, despite the fact that in reality, propaganda is ethically neutral. He therefore invented a new term to describe propaganda – PR, or public relations.

“In theory, every citizen makes up his mind on public questions and matters of private conduct. In practice, if all men had to study for themselves the abstruse economic, political, and ethical data involved in every question, they would find it impossible to come to a conclusion about anything…To avoid such confusion, society consents to have its choice narrowed to ideas and objects brought to its attention through propaganda of all kinds. There is consequently a vast and continuous effort going on to capture our minds in the interest of some policy or commodity or idea.”

This obviously brings to mind advertising as well as propaganda – the main difference being that advertising is used by companies and businesses to persuade the public to buy their products, whereas propaganda is employed by political, state or religious organisations to change or influence people’s opinions and beliefs. In spite of this difference, there are in fact great similarities between the two and the dividing line can become so thin as to be almost indistinguishable – as, for instance, when Bernays managed to make it acceptable for women to smoke in the1920s, thus providing an enormous boost in profit to tobacco companies. Obviously not every woman took up smoking, but such a large shift in societal attitudes simply in order to sell a product effectively demonstrates the combined power of advertising of propaganda, when conducted on a large scale.

The exhibition ended with a message that seemed to me to act almost like a warning, The most successful type of propaganda is that which is not even recognised as such and assuming that you is immune to propaganda is a surefire way to make yourself even more susceptible to its effects.

“Propaganda becomes ineffective the moment we are aware of it”

Living in a Western democratic country may actually increase our vulnerability to propaganda, as emphasised John Pilger in a video interview used as part of the exhibition, in which he quotes the author Urbanev:

“You Westerners believe everything you see and read in TV and newspapers, but we have learned to read between the lines.”

Perhaps the most important lesson I learnt from this exhibition was that if the message is subtle and pervasive enough, it can become so deeply entrenched that we will not even know how it arrived – we may not even be aware of its presence. It is therefore not surprising that propaganda has such a bad reputation, but this exhibition did a good job of showing that the use of propaganda is far more complex than we might have imagined.